Protecting accounts and devices with a password is a primary method of securing data, but it presents its own problems, including how to remember all your passwords. One solution is using a password manager, a software application that generates hard-to-hack passwords, and stores them in an encrypted database protected by one master password.

However, our recent survey found that rather than using a password manager, the majority of Americans rely on many less secure methods of password management, including using the same passwords across multiple accounts. The reuse of passwords can actually lead to more data breaches — once hackers have a password for one of your accounts, they will try to use it to access others.

Nearly 58% of Americans have experienced a data breach

Having your personal information compromised through a data breach can have a lot of negative consequences, including identity theft, various types of fraud, damage to your credit score, and more.

The 2017 Equifax data breach, which affected over 140 million Americans, was highlighted as well — 7.7% of respondents selected this data breach as a way their personal information was stolen.

Despite the prevalence of these high-stakes types of data breaches — those that contain sensitive information — people don’t seem convinced in the importance of good password habits, including using different, strong passwords for every account.

85% of people know that using the same password is risky

According to experts, one of the most dangerous password habits is reusing passwords across multiple sites and accounts. Most Americans are aware of this, although how seriously they heed these warnings depends on age, to a degree.

While the majority of people know that using the same password or a variation thereof is risky, 23.5% of survey respondents said they do it anyway. This reveals a level of cognitive dissonance when it comes to safe and smart password habits. 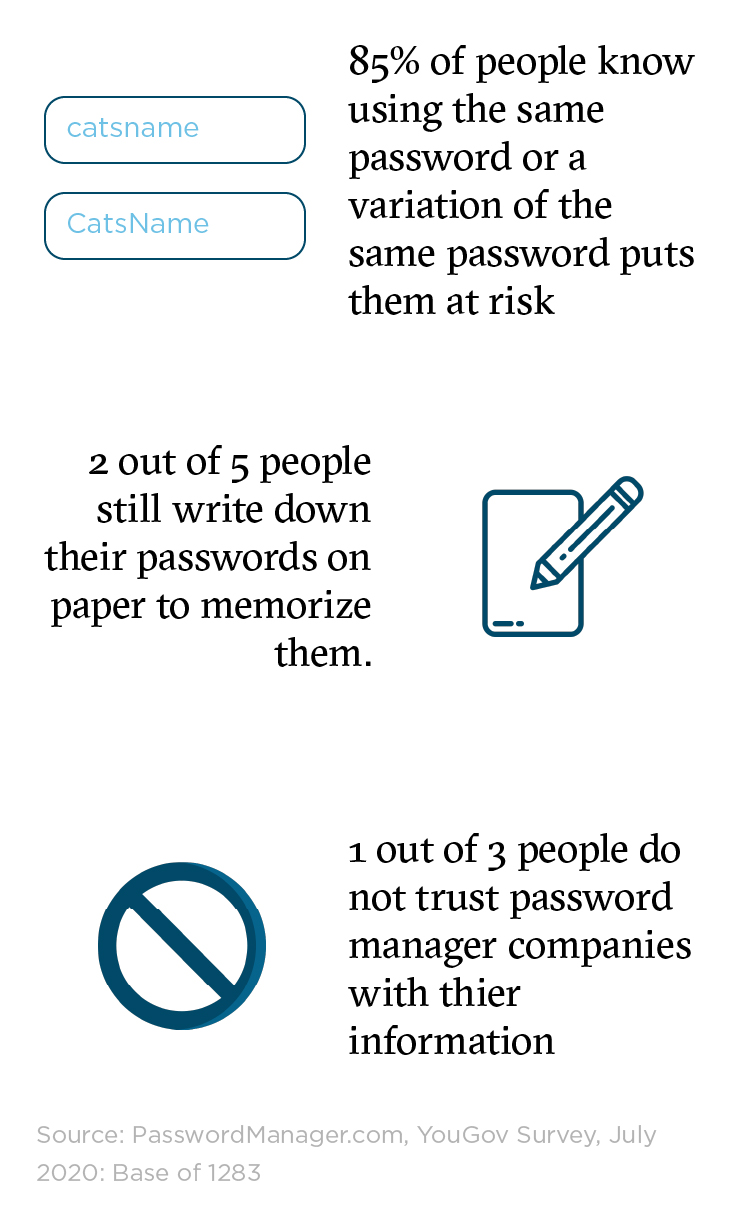 Part of this may stem from the sheer number of password-protected accounts and devices we have in our lives. A recent study found that the average person has 70-80 accounts that require passwords. Considering that many programs have specific password parameters in place, it’s not surprising that people turn to a variety of tactics — many of them risky — to keep track of it all.

About 10% of individuals said, rather than use a password manager, they use multi-factor authentication (MFA) to protect their accounts. Multi-factor authentication requires additional steps or credentials, such as facial recognition, fingerprint, or security questions, to access an account. While MFA does provide better security than a password alone, it is still not a widely used security method. 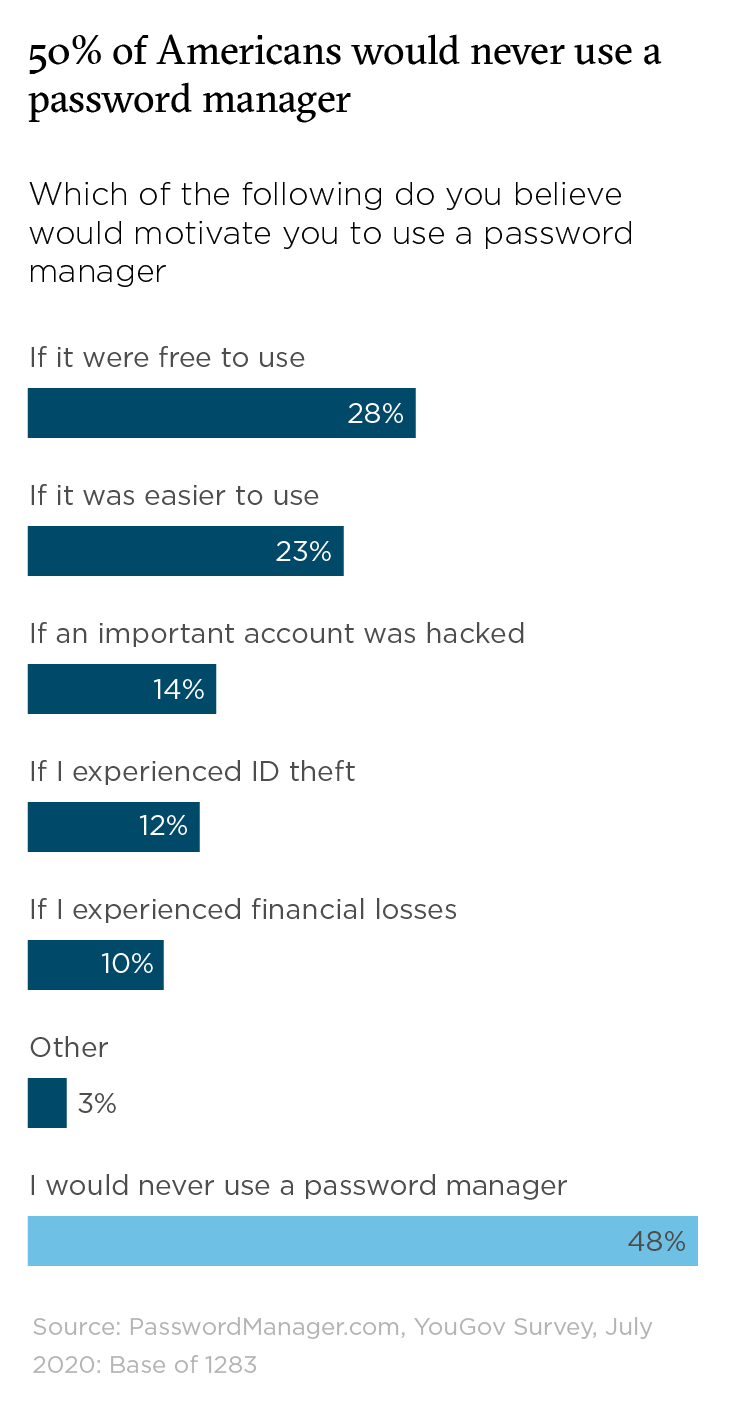 Beyond not currently using a password manager, 48.4% of individuals say that nothing could motivate them to use one in the future.

Experiencing some type of data breach, including getting an important account hacked, or experiencing identity theft or financial losses, would motivate 35.8% of people to start using a password manager.

However, only 7.9% of those surveyed said they would consider using a password manager if they couldn’t rely on memory alone to keep track of their passwords.