Staying on top of passwords across different online accounts can be surprisingly complicated. You need a unique password for each platform, but most people have far too many accounts to remember a password for every single one.

Password managers are the best way to keep track of your passwords without putting them at risk. NordPass and LastPass are two of the most popular services in [new_year], and you can’t go wrong with either one. Still, they both come with some unique pros and cons.

In this article, we’ll take a closer look at the differences between NordPass and LastPass and help you identify the right platform for your needs.

PasswordManager.com earns a commission from referring visitors to some products and services using affiliate partnerships.

I. What We Looked For 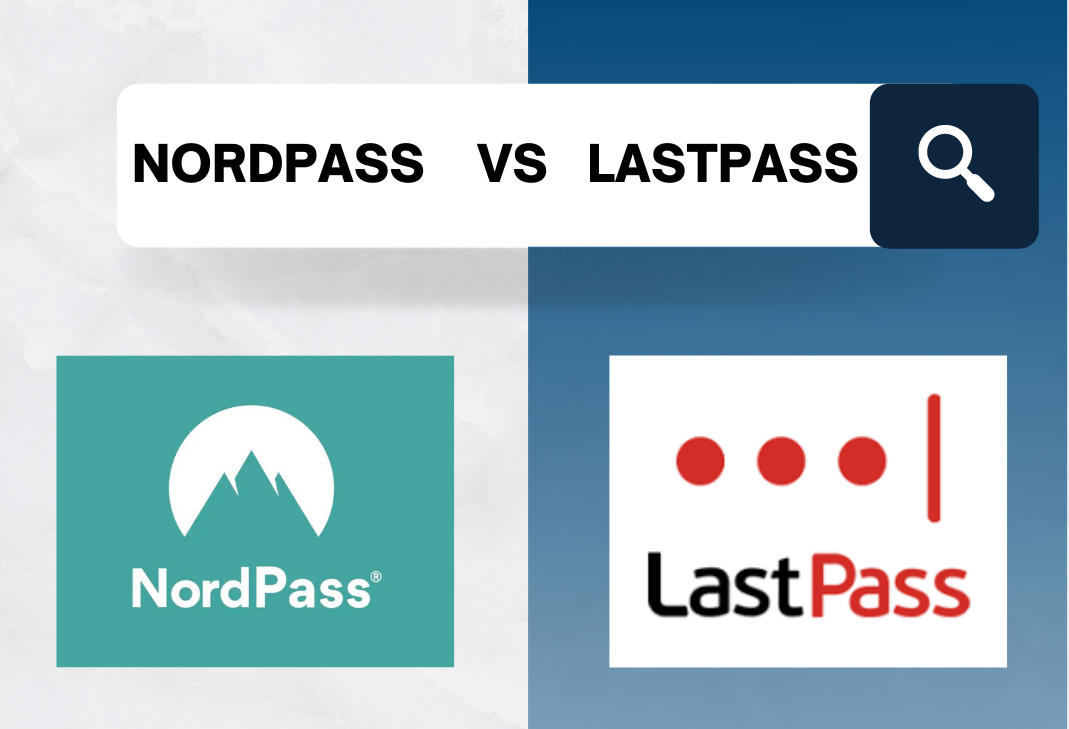 Everyone has different priorities when it comes to password managers, but there are a few basic criteria that we used to compare these two platforms. Below, you’ll see a detailed comparison of NordPass and LastPass with respect to these criteria:

The first question you probably have when thinking about a new password manager is “how much does it cost?” While both NordPass and LastPass offer some functionality for free, many users find that it’s worth upgrading to a premium plan.

Free LastPass users get most of the same tools plus one-to-one password sharing, but they can only access their passwords on a single device type — either computer or mobile. You can also set up your account on as many smartphones, tablets, and smartwatches or desktops and laptops as you want, but you can’t share any information between those two kinds of devices.

NordPass Premium is available through three subscription options. You can pay $4.99 per month, billed monthly, $1.99 per month, billed annually, or $1.49 per month, billed biennially. Each of these plans include the same features plus a 30-day money-back guarantee. On top of the free tools, Premium users also get data leak scanning, simultaneous access on six devices, password sharing, weak password identification, and other advanced features.

Users can also open a NordPass Family account to access up to six user accounts. The base rate for Family plans is $7.99 per month, but that goes down to $5.99 per month if you pay annually or $4.99 if you pay biennially. The website says that the one- and two-year plans are only for the first year or two years, but it doesn’t clarify what the rate increases to after that introductory offer.

LastPass Premium plans are noticeably more expensive than we saw with NordPass. A basic Premium subscription currently costs $3 per month when paid annually, and there’s no further discount for a longer commitment. That makes it roughly twice the cost of NordPass Premium when paid every two years.

With that being said, LastPass Premium also comes with 1 GB of encrypted file storage, which could make it worth the extra cost compared to NordPass Premium. Free LastPass users are limited to one-to-one sharing, but Premium subscribers can share information with up to 30 other people.

Meanwhile, the LastPass Family option is cheaper than the corresponding NordPass tier. Like NordPass Family, LastPass Family comes with six unique accounts, but the LastPass version is only $4 per month, and you only have to commit to a single year at a time. Considering that LastPass also lets families set up shared folders, this is a particularly good value for those who need multiple accounts. 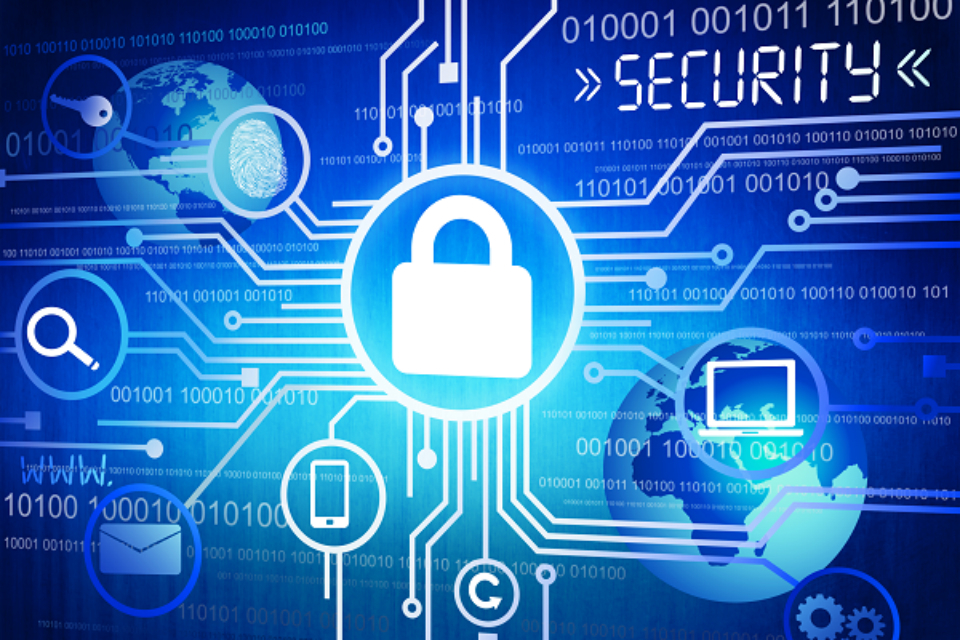 With LastPass, your two-factor authentication choices depend on whether you’re a free, Premium, or Business user. Fortunately, free members can still access most of the available options: Google Authenticator, Microsoft Authenticator, Toopher, Duo Security, Grid, and the proprietary LastPass solution are all supported. YubiKey, fingerprints, and smart cards are included with paid plans, while the Salesforce Authenticator is only offered to Business clients.

Both NordPass and LastPass are available on a wide range of devices and operating systems. As a NordPass subscriber, you’ll be able to download a browser extension for Chrome, Firefox, Edge, or Opera. You’ll also have access to a web vault plus dedicated apps for Windows, macOS, Linux, iOS, and Android.

Meanwhile, LastPass is only available through browser extensions rather than a desktop app. If you’re on Windows, Mac, or Linux, you’ll need to download an extension ― or the universal extension installer ― to use the service. You can also log into the website directly or use the mobile app for iOS or Android.

While evaluating these two platforms, we noticed that NordPass has received significantly more positive reviews than LastPass on Android, but the opposite is true on iOS. LastPass has an average score of 4.5 out of 5 on iOS, but just 3.4 out of 5 on Android. In contrast, NordPass only has a 3.6 average on iOS, but its Android average is significantly higher at 4.0. LastPass also had a much greater number of reviews on both platforms.

Setup & Ease of Use To get started with NordPass, visit its website and select the subscription you’re interested in. You can begin with a 30-day free trial of Premium if you want to test out the paid version without making a commitment. There’s no credit card requirement for the free trial.

The only thing you have to provide to start the free trial is your email address. From there, you need to download the NordPass app on one of your devices and create an account using the email address you entered. NordPass also gives you the option to sign up using your Google or Apple account, but we stuck with email to unlock the 30-day trial.

The signup process is a little different with LastPass, but it’s still relatively straightforward. One key difference is that NordPass lets users sign up through Google or Apple, while LastPass is only available for account creation via email.

Again, go to the website and select “Get LastPass Free” to start the signup process. You can enter your email address and master password immediately, which is all that’s required to create a new account.

As with NordPass, you’ll be able to see your passwords and information as soon as you finish the initial LastPass setup. LastPass also offers a setup guide that walks new users through additional steps such as installing the browser extension, adding new accounts, and connecting to LastPass on other devices.

Even though there are some minor discrepancies throughout the setup process, NordPass and LastPass are generally similar when it comes to getting started and learning to understand the interface. NordPass looks a little sleeker and more professional, but that doesn’t necessarily translate to an improvement in functionality.

After adding a password or other note to NordPass or LastPass, you’ll be able to share that information with other users. Both NordPass and LastPass support sharing via email. Just click on an entry’s share icon to send it to someone else.

When you share a password on NordPass, the website or app asks you whether you want to give the recipient “full rights” or “limited rights.” The full rights option allows the recipient to see and even edit the entire entry, while the limited rights option means that they won’t be able to “see or edit [the] item’s sensitive information.” However, someone who receives limited rights can log in via autofill, but they won’t be able to see or copy the password itself.

Similarly, the LastPass share screen includes a checkbox to “allow [the] recipient to view password.” As with NordPass, you don’t need to check this box to give them access to your account — just to let them see the password in text form.

One advantage of LastPass password sharing is its support for shared folders. You can simply add a password to the shared folder instead of having to share each individual entry. Unfortunately, shared folders are only available to LastPass Family subscribers, who can only share folders within the family group itself.

LastPass and NordPass are two of the most popular and well-known password managers, and the truth is that they have many more similarities than differences. Still, there are a few important points that users should be aware of when deciding between these two platforms.

NordPass stands out for its low prices for individual users, with subscriptions available for as little as $1.49 per month when paid annually. We also found its interface to be more professional, both in terms of visual quality and ease of use. Some users may like that NordPass supports a separate account password and master password while LastPass uses just one password for all functions.

However, LastPass is the more affordable option for families, with Family plans at just $4 per month paid annually for six accounts, compared to $4.99 per month paid every two years with NordPass. LastPass also has better password sharing capabilities through its shared family folders.

Finally, there are a couple of small things that may make an impact on some users. For example, LastPass is available for Windows Phone and Windows RT, but NordPass offers a unique extension for the Vivaldi browser. Naturally, you should opt for the corresponding platform if you need to use a password manager on one of those oft-neglected platforms.

In general, the choice between NordPass and LastPass should come down to price. NordPass is a better deal for individuals, while LastPass costs $1 less per month and comes with a shorter commitment for families. The small differences between the platforms shouldn’t be enough to outweigh the price gap for most users.